The infinite possibilities of microgravity.
Japan's Kibo to realize the hopes of the world.

The International Space Station (ISS) is a giant human facility which has been assembled in space roughly 400 km above the earth. It is a collaborative international project with 15 participating countries/region from all over the world, including the USA, Russia, Europe, and Canada. Kibo is one part of the ISS, developed by Japan. Here, experiments and observations are carried out utilizing the special microgravity environment of space, where gravity is extremely weak compared to the earth.

The gifts given to us by Kibo.

What you can do on “Kibo”

Kibo is the largest module of the ISS.
It is composed of four main elements.

Space and earth.
Together in spirit, even when far away.

Ground personnels maintain conditions for astronaut activities, and monitor experiment plans and statuses. The Kibo module of the ISS is managed 24 hours a day, 365 days a year, by the Tsukuba Space Center back on earth. 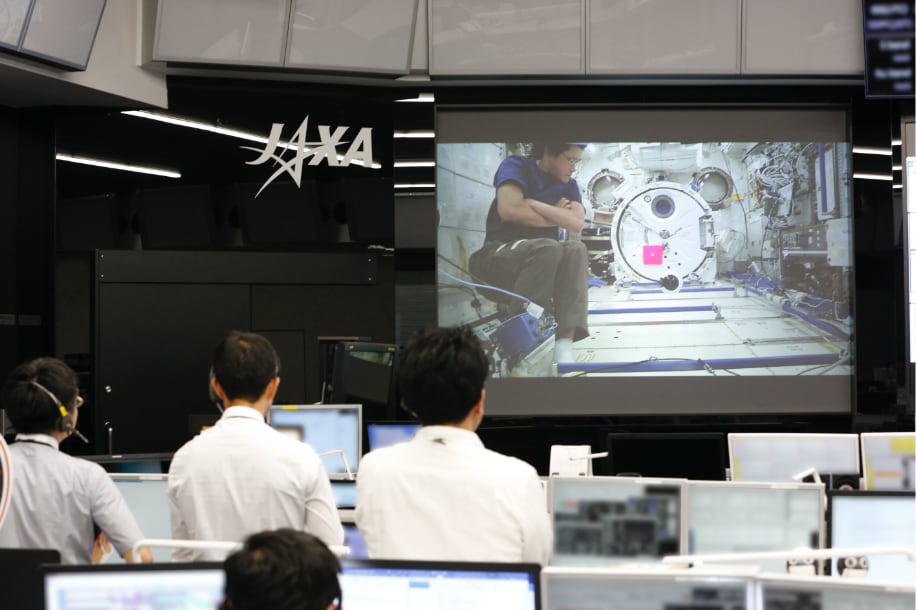 Three Japanese astronauts participated the assembly of Kibo in space

Kibo’s elements were launched by three Space Shuttle missions and assembled with the ISS in space.

The Japanese astronauts DOI Takao, HOSHIDE Akihiko, and WAKATA Koichi participated in the assembly, startup, and testing of Kibo developed by Japan.

Unless specified otherwise, rights to all images belong to ©JAXA