The HTV-X will greatly evolve from the H-II Transfer Vehicle (HTV) "KOUNOTORI", in order to allow JAXA to establish its firm position as a reliable international partner for space development. Below is a summarized description of the two aspects for HTV-X.

Transporting cargoes to the International Space Station (ISS) is the most important mission taken over from KOUNOTORI. The HTV-X will transfer essential cargo such as large-sized devices for the ISS and life support goods for astronauts. The costs for the HTV-X will be cut down through compact designing and efficient operations. Moreover, the HTV-X will be designed to become more useful for owners of experiment devices on earth. 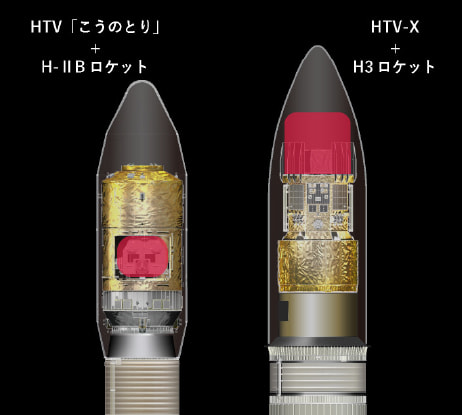 For exposed cargoes such as extravehicular devices for the ISS, the HTV-X has been designed so that they can be mounted on the top plate called "exposed cargo mount support system".
This will allow use of space in the rocket fairing to be maximized. For pressurized cargoes, the HTV-X has been designed to have rack structures so that the space in the spacecraft can be used effectively. As a result, the HTV-X will be capable of transporting more pressurized cargoes than KOUNOTORI.
Moreover, the streamlining of the HTV-X's fuselage in weight will enable it to transport heavier cargoes.

The period of cargo assembling at the Tanegashima Space Center (TNSC) has been shortened for the HTV-X compared to KOUNOTORI. With this change, cargoes can be accepted in the HTV-X for a longer duration until shortly before launch. Requests from cargo owners can be implemented more flexibly. 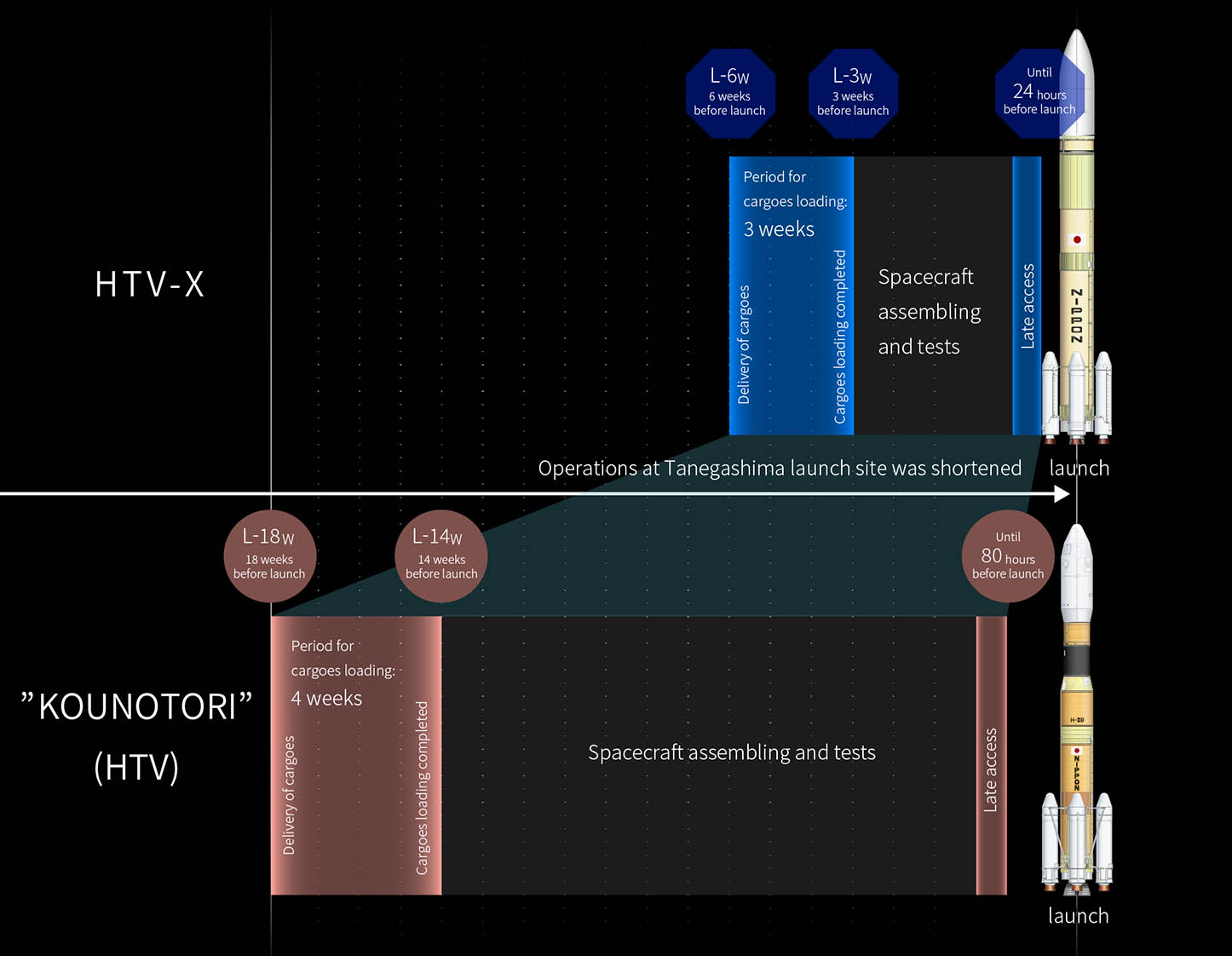 After transporting cargoes and leaving the ISS, the HTV-X can be used as a platform for technical demonstration. Users of the HTV-Xcan be engaged in demonstration experiments for advanced technologies on the orbit for up to 18 months.
HTV-X will also be able to propose solutions to national challenges, and take part in innovations by conducting experiments for acquisition of new technologies even outside of space business.

JAXA is working to utilize the HTV-X for future missions such as international space exploration and post-ISS human space activities in low Earth orbit.
Junior partners (national agencies other than the current participants in the ISS Program) are expected to take part in future international space explorations. JAXA will be able to support these junior partners in many aspects, by providing knowledge acquired from KOUNOTORI and the HTV-X.
"Gateway" program is a plan involving a lunar-orbiting space station, mainly developed by US researchers. JAXA is planning to support this Gateway program by providing a service to transport cargoes on board the HTV-X.